Tours with Ari Silverstein of NYC Jazz Tour. Come along and have an UP CLOSE AND PERSONAL experience at some of hidden gems, MEET THE MUSICIANS, and get a chance to become new found friends and purchase their music. Ari also offers personalized tours of NYC on a number of topics other than jazz so be sure to ask.

Soulful Sunday Night in Harlem Jazz
Book Now
Drop me off uptown as we take the A train — its the fastest way to get to Harlem. From starting at the Apollo Theater get into some people watching down the infamous 125th St. Next stop is an underground members-only club in a Harlem Brownstone, where you have an opportunity to experience a real “in the know” venue with old-school Harlemites.  Be on the inside with a jam session led by a legendary jazz organist known as the “Ambassador to Harlem”, who has played with Lou Donaldson and George Benson, among others. 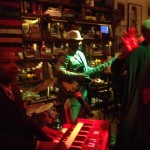 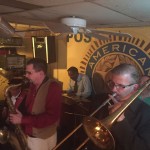 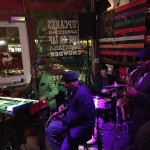 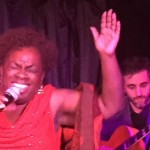 Almost as legendary as the music is the great down-home cooking from Ms Marie, serving a variety of savory soul foods such as meatloaf, fried chicken, oxtail, and fried fish, along with vegetarian fare featuring the likes of collard greens, cabbage, green beans, rice and beans. You won’t want to miss her world famous “drunken” rum cake. Ms. Marie’s is a real meal bargain at about $10 for a meat and two sides. Come along with me to one of Harlem’s hottest night spots, known for bringing Harlem’s second renaissance, featuring live organ jazz and R&B. You’ll be sure to be singing along to some of your favorite “old school” tunes. Food is available here as well as craft cocktails (but they run on the expensive side). A real Harlem “juke joint” is the last stop to complete the Harlem night. This friendly dive bar holds only about 20 people, and you are one of them! All venues have a one drink minimum not included in the tour. Non-alcoholic beverages are available. Tipping is encouraged as thats how the artists primarily make their living so please bring a few extra dollars to tip the musicians. You will have an opportunity to buy cd’s directly from the musicians at most venues we go to, they are typically $15-20 each so plan accordingly. 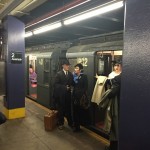 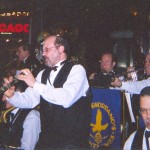 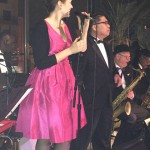 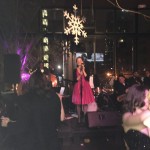 Ari takes you back–wayyyyyyy back– to the early 20th century when Big Bands, Swing Music, and Dixieland Jazz reined supreme. This is the night to step out if you like to dance; swing dance, jitterbug, or waltz that is! Viisit at least three venues where old jazz is always fresh. Vintage clothes encouraged but certainly not required. We will visit with the most authentic big band in the land (playing the original arrangements and instruments played by the big band greats. This band has been featured in countless movies such as  “The Aviator” and television shows such as “Boardwalk Empire.” Members are multiple grammy award winners. Take a walk down to 46th St., NYC’s Restaurant Row, where the Broadway expands to Off-Broadway, now reminiscent of the legendary 52nd St. between 5th and 6th Avenues, known as Swing Street. It was the most important jazz street in the world. This one street featured many of the most popular jazz musicians in history. On 46th Street hear one of the world’s best big bands, with top rate vocalists. You’ll have a nice spacious dance floor to dance in front of band as they play all of golden big band hits. You may also enjoy dinner at this location at your expense. A short stroll away we arrive at one of the most famous Art Deco hotels in the city and admire its lobby. From there we will go to a posh bar in the hotel redone in period decor with hand crafted cocktails reflecting the era. Sip on classic libations such as The Toruga, Blood and Sand, Negroni’s and Sazerac’s. On Tuesday’s if you’re game for a late night hang (taxi fare not included), we can head down to the East Village for a late night traditional jazz hang; truly a great and packed end to a wonderful evening of music (Tuesday only).

Tipping is encouraged as that’s how the artists primarily make their living so please bring a few extra dollars to tip the musicians. You will have an opportunity to buy cd’s directly from the musicians at most venues we go to, they are typically $15-20 a piece (cash only)  so please plan accordingly. 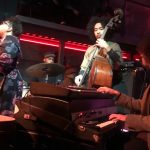 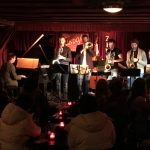 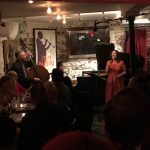 Visit the West Village’s hottest and most historic spots. The possibilities are endless, including but not limited to: a prohibition-era speak easy dive bar, a bar that was the start of gay liberation movement, a piano bar where Barbara Streisand and countless others got their start, a sing along piano bar where historic figure Thomas Payne once lived, the oldest continually operating jazz club in NYC, a hidden underground jazz club named after one of the most notorious jazz figures known as a infamous marajuana dealer, an underground pool hall and jazz venue. If you or your your mates are hungry we can visit a jazz club with some of the best pizza in NYC. Are you a professional singer or professional musician? Bring your axe or sit in on piano, bass, drums or vocals after the featured artist set potentially. Tipping is encouraged as that’s how the artists primarily make their living so please bring a few extra dollars to tip the musicians. You will have an opportunity to buy cd’s directly from the musicians at most venues we go to, they are typically $15-20 a piece (cash only) so please plan accordingly.